The UK’s House of Lords has removed privileges from two octogenarian members who refused to attend a ‘Valuing Everyone’ course. In the Lords, it seems everyone is valued except those who refuse to comply with woke ideology.

Once upon a time, the House of Lords was a serious institution composed of leading members of the British ruling class.

Today’s House of Lords has turned into a parody of itself – a second-rate politically correct entity whose members are treated as naughty children by the stern group of zealous ideologues who have taken control. 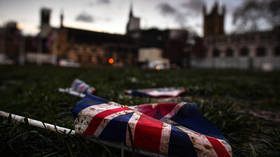 The House of Wimps voted this week by 315 to 86 to ban two of its members, Lord Kalms (89) and Lord Willoughby de Broke (82), from parliamentary bars, restaurants and libraries. The two Lords have been punished for committing the crime of failing to attend a session of the ‘Valuing Everyone’ workshop by the beginning of April.

The aim of the Valuing Everyone workshops is to re-educate those Lords who still possess the kind of values that prevailed in enlightened society throughout much of the century.

Ostensibly, the workshop is about getting participants to understand bullying, discrimination and sexual harassment. Its real purpose, though, is to turn members of the House of Lords into compliant children who have thoroughly ‘decolonised’ their behaviour.

Attendance at the workshops was initially voluntary. However, as is often the case with the institutionalisation of woke culture, last November, it was decided that attendance was so important, it should be mandatory. Peers were told that, unless they completed the course by 1 April, they would be in serious trouble, referred to the House of Lords’ Commissioner for Standards and duly disciplined.

It turned out that around 60 members of the House had failed to follow the instructions of their betters. This recalcitrant group included Deputy Prime Minister Lord Heseltine and ex-Commons Speaker Baroness Boothroyd. Heseltine (88) was recovering in a nursing home from a knee operation when he found out he was under investigation, while Boothroyd (91) was recovering from a heart operation.

Although, in the general scheme of things, the humiliation of elderly politicians by the House of Lords’ Conduct Committee might seem like a trivial matter, there is something truly insidious about the transformation of an institution devoted to debate and argument into one based on the ethos of ‘do as you’re told or else’.

The impulse to not only humiliate but also control the behaviour of the peers is highlighted by the decision of the committee to forbid the likes of Heseltine and Boothroyd from speaking to the media about their experience. When the House of Lords bans its members from speaking to the press, it is evident something has gone seriously wrong with this institution. 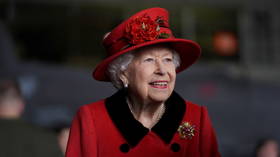 When 10 woke students feel bold enough to cancel the Queen for ‘colonialism’, Britain faces a battle for its soul

The punishment meted out to disobedient peers has been justified on the grounds that staff working at the House of Lords need to be protected from the behaviour of people whose outlook has not been shaped by Values Everyone training. A spokesman stated that the two members would have “their access to services of the House restricted to minimise their contact with staff”. The implication of imposing pariah status on the two refuseniks is the suggestion that, unless you’ve been re-educated by ‘the Correctorate’, you will not be accepted by civilised society.

The aim of the Valuing Everyone workshops is to infantilise its participants and turn them into good boys and girls who talk the talk. But what’s really important about the workshop is the willingness of participants to attend and subject themselves to a humiliating ritual of re-education. And what’s frightening about the ascendancy of said Correctorate is the willingness of members to force their fellows to act in a manner that is alien to their nature. When it comes to mandatory re-education, there can be no debate. Like schoolchildren, you have to fall in line and wait for your turn to be tested.

Those 315 members of the House of Lords who voted to punish their colleagues for standing strong have demonstrated that they have internalised the ethos of Valuing Everyone. It is an ethos that values everyone other than those with whom you disagree. The 315 wimps have abased the values of a parliamentary democracy. They should be ashamed of themselves.