Kevin Hurley is the former Head of Counter Terrorism at the City of London Police and a reservist army officer. He has spent two tours in Iraq and one in Afghanistan addressing insurgency as both a police specialist and a soldier.

Policing the poorly-understood Covid-19 regulations is proving a bridge too far for many officers. And over-zealous ones who cheerfully fine members of the public who innocently break the rules help undermine the whole system.

With 35 years in policing and eight of my family having served, or still serving, I like to think I understand the beating hearts of the men and women who make up our force: what makes them tick, what motivates them, what disillusions them.

I also know a bit about how the service works at the very top. I’ve completed the Police Strategic Command course, studied and worked at a senior level alongside present-day Chief Constables, some of whom I even line-managed back in the day. I know the politics and drivers behind what enables someone to rise to the very top of the service.

I’ve worked at a senior level at what are now called the National Police Chiefs’ Council (NPCC) and Her Majesty’s Inspectorate of Constabulary and Fire and Rescue Services. (HMICFRS).  I’ve been an elected Police and Crime Commissioner in Surrey, so have seen at first hand as a politician the machinations of the Home Office and the Ministry of Justice.

If you thought I’ve seen policing from bottom to top, inside out and upside down, you’d be right. Without bragging, there are few others in the UK who have had that variety and level of exposure to policing in all its forms. Particularly if you throw in the fact that I’ve had two tours in Iraq and one in Afghanistan at government level, trying to rebuild policing there.

This is why I found the recent article published on the UK Column website to be profound and disturbing. It purports to be written by a police officer with 14 years’ service, and, from what they write, I’ve no reason to doubt that – they clearly have inside knowledge and care deeply about their role. 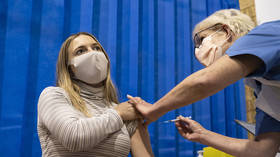 Police and teachers must be among first for Covid-19 jabs after vulnerable people, UK vaccine minister says

While I might not agree fully with their view on how dangerous Covid-19 is, the writer talks in detail about how the damage being done by the Home Office’s drive to promote politically correct and woke behaviour, by the risk-averse reactions of senior police officers and by the impact of deep cuts to funding. All of which, I know, are undermining not only the ability of the police to do their job of protecting us, and also steadily eroding the confidence of the public in our police service.

The writer also criticises the behaviour of many of his colleagues for their insensitive and sometimes bullying behaviour in enforcing Covid-19 regulations and other aspects of the law. He’s right. Whilst most police officers are decent, well balanced and good people, it’s always had its fair share of bullies, some who are unnecessarily aggressive, who overreact or are just plain nasty.

This aspect of police behaviour has got worse; standards of how the officers wear their uniforms and how they address us as members of the public, have fallen. Too often, they appear scruffy, if not unkempt and dirty, and refer to the people they serve as ‘mate, fellah, pal, dear or love’. It seems calling members of the public ‘sir or madam’ is a thing of the past.

There is a simple reason for this: weakness and lack of strategic vision amongst senior leaders. To avoid allegations of internal bullying, misogyny or racism, they avoid challenging poor appearance, bad manners, or rude behaviour. It’s due to a pusillanimous fear of being complained about and damaging their chances of promotion.

This basic failure to instil pride in the organisation they work for is at the very heart of why the police are struggling to keep the confidence of the public. It’s not a black or gay community thing; you ask any business owner who has attempted to report a fraud that is destroying their business and costing jobs. Or your neighbour who has had their car criminally damaged in the street. Or a friend  who has had a scary journey on a bus or train as yobs misbehave and intimidate everyone. They will all tell you how the police have disappointed them.

For someone who has seen, at countless times, the compassion, courage, professionalism and basic decency of so many police officers, this loss of reputation makes me sad and angry. It did not need to happen and it is damaging the commitment and passion of our many wonderful police officers.

Now this continuing collapse in service by the police is being accelerated by their being forced to sweep up behind the continuing failure of the Government to take a clear decision on how to manage Covid-19 and stick with it.

I doubt there’s anyone amongst us who really knows what the current rules are or what the penalties are for breaching them.. In short, because the Government has failed to give clear leadership and has chopped and changed its policies, many people have lost confidence in what they are being told and no longer care or understand.

Also on rt.com
Police are absolutely right to target drill rappers… their toxic words are responsible for far too many deaths in Britain

Now there’s talk of new, even more draconian clampdowns, including getting the police to go into grocery stores and chase down maskless shoppers, a supermarket Stasi handing out on-the-spot fines in aisle seven.

Boris Johnson and his government cannot make up for their failure in clearly deciding on and communicating its policies to the nation by making the police their rule enforcers, turning them into Covid commissars. A demoralised workforce is now being asked to do the Government’s dirty work for them after years of cuts to funding, and I’m not sure they’ll put up with it.

We’ve recently seen the government make a serious attempt to scare people into compliance by wheeling out Home Secretary Priti Patel, alongside a visibly less than enthusiastic Head of the National Police Chiefs’ Council, Chief Constable Martin Hewitt. These two unlikely bedfellows have now got the poisoned chalice of trying to stop the spread of the virus by getting demoralised and increasingly understaffed police to give out fixed penalty notices to those rule breakers who standstill long enough. Or are foolish enough to give their correct names to enforcing police officers.

The anonymous police officer I mentioned earlier is right that this is likely to do further damage to the standing of the police. We have already seen the saga of two women fined for going for a walk in Derbyshire and yesterday a couple was fined £60 for driving 20 minutes to see a relative in a care home in Wales. 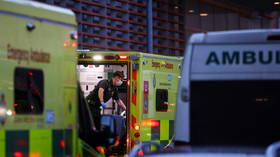 I’m as sceptical as anyone about the government’s narrative on this Covid crisis & the media hype. But 2020 WAS a deadly year

I will share with you a small policing insight. Among any shift of patrol officers, there are always those that we ‘thief takers’ call ‘conflict dodgers.’ These are really the weak ones when it comes to confrontation; they don’t want to challenge suspicious behaviour by criminals. They prefer to hang around at traffic lights catching drivers for being an ‘amber gambler’, or for having a broken rear light. They often progress on to become traffic officers where they can avoid dealing with the worst aspects of human behaviour by catching middle class speeders, who will generally not fight back or abuse them. Yes, I know the valid arguments about stopping road deaths etc.

It is these ‘conflict dodgers’ who will now be doing the most damage to the reputation of the police, by eagerly seizing on the government’s strictures to chase down maskless people, those out walking ‘illegally’, or ‘illicitly’ driving to see their aged mother. These officers are being given a charter to go out to harass people who are breaking some, frankly, barking Covid-19 rules, generally by innocent mistake rather than through some sense of entitlement. But the real ones who are spreading the virus with impunity –  the yob street gangs, the ravers, the street partiers, the political demonstrators for whatever cause – will be left to carry on with impunity.

It is a sad scenario. I see a new, strong woman at the Home Office, surrounded by vacillating politically correct civil servants, senior police officers and too often her own parliamentary colleagues. All of whom have no idea of how to re-energise the police, yet attempt to compel individual officers to use weak powers, poorly explained to the public and police alike, to try to stop the spread of Covid.

In the end the virus will eventually be arrested, we hope, but by then we will be left with a further damaged and diminished police service, to say nothing of the other parts of the criminal justice system we all depend upon to hold the fabric of society together.

Sadly, the anonymous policeman who wrote his or her article of lament is correct. As they warned, he or she will probably soon resign, leaving even more junior poorly-led and trained officers who will jump to the next politically correct or woke tune their bosses play. Any organisation that loses its most experienced and best trained officers early is doomed to failure; in the case of the police, it has no competitors, so we the public have no alternatives to turn to. We have to put up with increasing mediocrity and live with the disappointment of our failed expectations.

Hopefully, when it really comes to it and terrorists attack us, when grannie is trapped upstairs in a blazing house, when our kids drown in a canal, or when we hear burglars in our garden at night, there will still be enough brave officers around to come and be our heroes. Trust me, it’s a much better use of their time than fining some confused, non-mask wearing ramblers in the name of the state.