Covid-fearing parents may think they’re doing their kids a favor by keeping them inside, masked and encased in a bubble of hand sanitizer. But as humans we need pathogens to function – literally and metaphorically.

Evolution, it turns out, isn’t stupid. There’s a reason our guts are swarming with bacteria, and while we’ve been taught to recoil at the very concept (especially after a year and a half of plague-talk in which bacteria are regularly brutally assaulted with jets of hand sanitizer for nothing more than existing), those microscopic creatures actually digest our food for us. If it weren’t for them, we’d starve.

The bacterial colonies that call us home also need to interact with one another, which means once in a while touching a doorknob (or even a subway pole) and not immediately dousing your microscopic hitchhikers in caustic death-juice; sneezing on public transit without having to worry you’ll be lynched; and letting your kid play in the mud with other kids. Their lives could depend on it, as several countries previously praised for their ability to control their citizens are being reminded.

Under Covid-19’s new abnormal, we think nothing of going weeks without seeing friends, months without seeing family, long periods without so much as touching another person, and are told that this is not only healthy – if you don’t do it, you could die! So we learn to run across the street when we spot an old friend coming in for a hug, and to almost preemptively say “no” when our kids ask if they can for once play with their friends in real life instead of through an endless series of screens.

Turns out this is a great way to guarantee future epidemics. New Zealand, a global media darling for its 26 (reported) Covid deaths, is experiencing a major spike in a normally non-threatening childhood illness, since – while kids remain all but unaffected by Covid-19 – the same doesn’t hold true for other common respiratory diseases. Nearly 1,000 cases of respiratory syncytial virus (RSV) have been diagnosed in just five weeks in the country, more than half of the number usually reported in an entire 29-week winter, according to the Guardian, which quoted public health experts placing the blame squarely on the “immunity debt” incurred from the country’s prolonged, stringent Covid lockdowns. In other words, “two weeks to flatten the curve” was one thing, but 18 months later, the curve is flattening us. 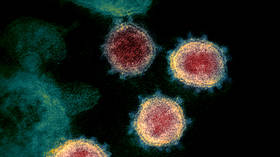 This problem wasn’t exactly unknown to medical science, and NZ’s willingness to go down this path rather than, say, encourage residents to come out of their homes and behave like normal humans when the worst danger of Covid-19 had passed, speaks to a pattern of martyrdom and virtue signaling that President Jacinda Ardern has capitalized on expertly. Her government postponed elections, forced new arrivals into “quarantine camps” for a period of not less than two weeks even with negative test results (positive results, or worse a refusal to be tested, could have you locked up even longer), and has all but smothered the independent press. The economy imploded, posting its largest quarterly decline in history, and housing costs remained unmanageable for many.

Yet she and her party got a historic mandate to rule (in October’s delayed election, with unprecedented numbers of mail-in ballots, after Facebook shut down one of the opposing parties’ pages right before Election Day, and other asterisks that went unmentioned by the press as they dined on her fiance’s cooking during the vote count). Turns out democracy is a risk factor for Covid-19, too. Who knew?

The phenomenon of “immunity debt” translates well to information, and Wellington isn’t the only government long overdue for a reckoning regarding the censorship it’s been forcing down its citizens’ throats, supposedly in the name of protecting them from infectious bad ideas. Kiwis were already resigned to being shut out of the global conversation after the Christchurch mosque shooting made it OK – nay, expected! – for an emergency to require termination of non-approved communications – and 10-year prison sentences for anyone who wouldn’t comply and delete the wrongthink. For a “democratic” country to enact such censorship would have elicited screams if it had come from Trump’s America, but Ardern was doing it in the name of Safety. With literally no way to test the success of such measures other than an absurd “X number of days without another mass shooting,” the silencing campaign was preemptively declared a success and governments around the world signed on, elevating censorship to the chief crime (and protest)-fighting method. Object? What are you, a terrorist?

Applying analogous measures while the world panicked over Covid-19 was a no-brainer, and in many countries it has been effectively – if not literally – forbidden to question the official story of the virus’ arrival and spread, even though the World Health Organization and its national counterparts were changing that “official story” on a monthly, if not weekly basis. Context-free videos of people dropping to the ground and convulsing in China, even without an implication those people even had the virus, put the fear into the rest of the world and, by the time American news networks were getting caught rerunning footage of packed Italian hospitals as “Covid-hit New York City,” even dissenting voices had largely shied away from questioning the “facts” the government was putting out. Only in cases where the government was not pushing total fear was it acceptable to mock the orders one was given, because not wanting us to live in fear could only mean they didn’t really care about us.

Also on rt.com
Biden and the DNC want to censor text messages to stop ‘misinformation’ – well, ‘if it saves just one life,’ who needs privacy?

With Trump safely out of the White House, though, the entire American power structure has presented a united front pushing the same stultifying and borderline-nonsensical message of fear on offer from Ardern. The Biden administration is no longer even covering up unconstitutional behaviors like “flagging misinformation” for Facebook to delete, and even the White House spokeswoman Jen Psaki seems to have been forced into arguing with herself as social media muffles all opposing voices. Pacified by deliveries of occasional helicopter money whose value is steadily declining – a fact they might understand if they hadn’t declared math racist – Americans have proudly stepped up to act as the guards in the narrative managers’ mental prison. Far from demanding more transparency from their government, Americans are demanding less, while dog piling on dissenters – aware at some basic level they’re being lied to but unwilling to admit who’s doing the lying.

New Zealand’s censorship may be more photogenic – certainly Ardern is easier on the eyes than the ever-stumbling gaffe-mummified Biden – but both countries are headed straight for a wall built up by years of unpaid epistemological “immunity debt.” One cannot simply stuff “offensive” ideas or “misinformation” down the pipes eternally unless one wants to experience a killer mental toilet backup. The more reality has diverged with whatever is believed by these increasingly-unhinged closed societies, the more of a mess that backup will leave. Neither country can afford such a meltdown, and both would be wise to start allowing reality to filter back into their media before it’s too late. That means ending knee-jerk social media censorship (which has been shown to make users more gullible when it comes to fake news, anyway), rolling back the ever-expanding definition of “hate speech,” and in general behaving like adults.

Instead, Wellington is trying to make “hate speech” itself a crime punishable by three years in prison, and continues to push absurd poll results in which “75% of New Zealanders feel like the country is heading in the right direction, and for the most part, Covid-19 is not impacting their future.” Washington is trying to take the Second Amendment away from its citizens even while still choking on the First. Meanwhile, over in the UK, the Johnson government is warning of an influenza “epidemic” even as citizens remain under lockdown from the last Covid wave. It’s hard to guess which of these three policies will fail first, but whichever one it is, I wouldn’t want to be in charge of the cleanup job.