Wayne Dupree was invited to the White House to talk to President Trump on messaging to the black community. He was named in Newsmax’s top 50 Influential African-American Republicans in 2017, and, in 2016, served as a board member of the National Diversity Coalition for Donald Trump. Before entering politics, he served for eight years in the US Air Force. His website is here: www.waynedupree.com. Follow him on Twitter @WayneDupreeShow

Democrats have pushed the narrative that Republicans have been keen to suppress voters across America over the past few decades. But the new Republican state bills are about fairness – something the Dems don’t recognize.

Most Americans know the voter suppression stories are not true, but the Democrats keep pushing them like they’re dead-set on dividing the country.

And here’s my problem with their blueprint for confusion, the For The People Act: I’d like to know specifically what it’s in Republican state bills, both proposed and passed, that would make it ‘harder’ for Americans to vote. I just can’t find what’s being objected to. 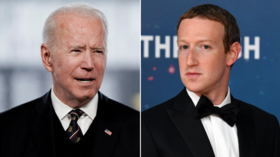 Wayne Dupree: The Biden administration using Big Tech to censor our questions and concerns over vaccines is a slippery slope

I’ve read many versions of the legislation being passed by Republican governors. And, for the most part, I see the following: bans on drive-throughs to prevent voter intimidation and poll watchers’ inability to monitor the ballot harvest; voting hours being established between 7am to 7pm six days per week for three weeks prior to election day; and bans on 24-hour polling stations due to their inability to secure poll watchers and the added cost. Identification should not be recorded at any polling place, only validated. You can vote without ID, but it is a provisional ballot that can be verified later if needed. You must provide a driver’s license or the last four digits of your social security number only if you are requesting an absentee ballot by mail.

That all sounds totally reasonable, doesn’t it? If that is suppressing anyone’s right to vote, I wonder if they can feed themselves and tie their shoes without help.

No one wants to suppress voting; we only want to make sure whoever is casting the ballot is who they say they are. You must show ID before you can buy cigarettes, liquor or marijuana, or get a job, enter a government office, fly on an airplane, rent a car, register for welfare, open a bank account, take out a loan, rent a home, collect a controlled prescription, and even buy some cold medicines. So, why should you be able to vote without identification?

If I’ve said it once, I’ve said it a thousand times, but here I go again. When it comes to suggestions of voter suppression, I don’t blame those politicians who are narcissistic and engage in performance art for the sake of a media moment. Instead, I blame those voters who vote for this type of behavior over and over again. I’m not suggesting you shouldn’t vote for a particular party. But if you keep voting for this type of behavior by any politician, you are not serious about the whole democratic process, regardless of party.

As you’ll know from my writings here at RT, I lean right, but I have no problem calling out both sides. If I thought there was some sort of semblance of voter suppression, I would say so. I have no allegiance to either party, only my country. I see this kind of behavior, and I remember it when the time comes to vote. Why don’t people read the bills that are being voted on? Ignorance is bliss, I suppose.

Democrats whine about states setting their own election rules, which the Constitution allows, while trying to subvert the Constitution and take over state rights with HR1. Make no mistake; this is about their protection, not yours.

The Texas Democrats who fled their state for Washington DC are a good example of this. They didn’t want to do the job of dealing with the legislation on voting integrity, so here’s how the Texas GOP should ‘negotiate’ with them. Firstly, they should start making amendments to the current bill, which the Democrats will absolutely hate. Why not make it a felony to cast an illegal vote in the state? 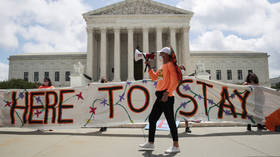 Wayne Dupree: DACA ruling is right, illegal immigrants should never get to jump the line on visas

Then they could address other things, such as outlawing critical race theory and making teaching it a felony offense. Or adding funding for the border wall and a new law enforcement agency to deal with illegal immigrants, and placing it under the control of the governor as part of the National Guard. Life needs to be made really difficult for these Democrats, who’ve shown themselves to be irresponsible individuals incapable of leadership.

Someone who is prepared to board a plane without necessities such as clothes – as in the case of Donna Howard – cannot possess the critical thinking ability to lead others. So, why should we let these people decide our laws?

Let me explain it like this: the Democratic Party is no longer viable. That’s the only reason they fight tooth and nail on voting rights.

Once the Republican laws are passed and it becomes clear there is actually no support base for the Democrats, the entire party will either dissolve independently or be swiftly ruled by a fringe group and disbanded. That will leave patriots in charge of the nation, as was always intended. But it all begins with laws like these passing. They must go through to save the republic.

If there is voter suppression in this country then someone please explain to me how Joe Biden got 80 million votes? What are the Democrats running scared of? States are making it harder to cheat, and that can only be a good thing, surely?