By Matthew Kadish, a novelist, pop culture critic, and filmmaker from the US. Follow him on Twitter

Blizzard thought they had a monopoly with World of Warcraft. But PR disasters and rebellious streamers have allowed Final Fantasy XIV to challenge them for the massive multiplayer online genre crown.

The world of Azeroth has survived many attempts to destroy it, but it may have finally met its match.

Blizzard’s World of Warcraft has been the king of the massive multiplayer online (MMO) genre for almost two decades, but the head that wears the crown is starting to grow heavy.  According to Activision-Blizzard Q1 2021 financials, Blizzard has seen 29% of its overall active player base bleed away in the last three years.

Two million players have reportedly quit Blizzard’s portfolio of games since the company released its Q4 2020 results.  And all this comes on the heels of a number of massive public relations disasters ‘Blizzardvision’ (as some players are calling it) have inflicted upon itself.

Blizzard, which used to be the ‘gold standard’ in the gaming industry, has seemingly been in a steady state of decline since being merged with Activision.  Everything from its disastrous reveal of Diablo: Immortal – a mobile game that created a huge fan backlash at Blizzcon – to its banning of top-tier Hearthstone player Blitzchung for endorsing Hong Kong’s democracy movement, has tarnished the company’s previously immaculate sheen.  In addition, reports of bad working conditions and massive layoffs has company morale at an all-time low. 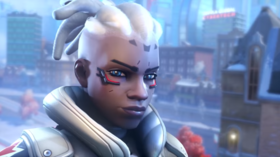 But nothing has seemed to hurt Blizzard more than lackluster World of Warcraft expansions which are criticized by longtime players as “lazy” and “cash grabs.”  The game’s recent expansion – Shadowlands – has rubbed numerous players up the wrong way.  Not just in terms of a lack of story, but Blizzard’s focus on shifting the game to cater more to casual players and mobile users is starting to have a real negative effect on its hardcore player base.

However, nothing seems to have had a bigger impact than World of Warcraft’s biggest streamer, Asmongold, jumping ship from WoW to Final Fantasy XIV.

Asmongold, who has over two million followers on Twitch and 689,000 subscribers on YouTube, inspired a mass exodus to the rival MMO as he began streaming the 11-year-old game from publisher Square Enix.  As former World of Warcraft lead developer Mark Kern said on Twitter:

Even Asmongold was taken by shock at the sheer number of viewers his Final Fantasy stream attracted. Even he had underestimated the number of dissatisfied and curious for alternative WoW gamers.

“So when Asmongold started dipping his toes into alternatives to WoW, interviewing Final Fantasy content creators and then, finally, playing it himself on stream, Blizzard was unaware or unbelieving of what was happening. THEY were the monopoly.

Even Asmongold was taken by shock at the sheer number of viewers his Final Fantasy stream attracted.  Even he had underestimated the number of dissatisfied and curious for alternative WoW gamers.”

It is important to note that in the streaming world, gamers are quick to hop on the next ‘hottest’ trend in order to get viewers to their stream.  And with Asmongold ‘striking gold’ with Final Fantasy XIV, the game has seen a massive influx of ‘WoW Refugees’.

So much so, that Final Fantasy XIV has begun breaking its concurrent player record on Steam.  However, its sudden popularity hasn’t been without issue.  Many players are finding the game’s servers continuously full, making it hard to log in and play the game.  Even Final Fantasy’s European servers are packed, with the game’s free trial shunting players into a “neverending queue.”

But the sudden rise in popularity of Final Fantasy XIV with the migration away from World of Warcraft signals one very important thing – ’Blizzardvision’ has taken World of Warcraft fans for granted, and players are starting to rebel.

Never before has World of Warcraft faced such a backlash.  Now, the real question is – can the game survive?  According to Mark Kern, the answer is most likely ‘no’:

The transition from WoW to Final Fantasy XIV has nothing to do with which is the better game.It has everything to do with how one company has treated their fan base, because they thought they had an invincible monopoly.

“The transition from WoW to Final Fantasy XIV has nothing to do with which is the better game.  It has everything to do with how one company has treated their fan base, because they thought they had an invincible monopoly.”

No matter which way one looks at it, World of Warcraft, and Blizzard, are in a fight for their very survival.